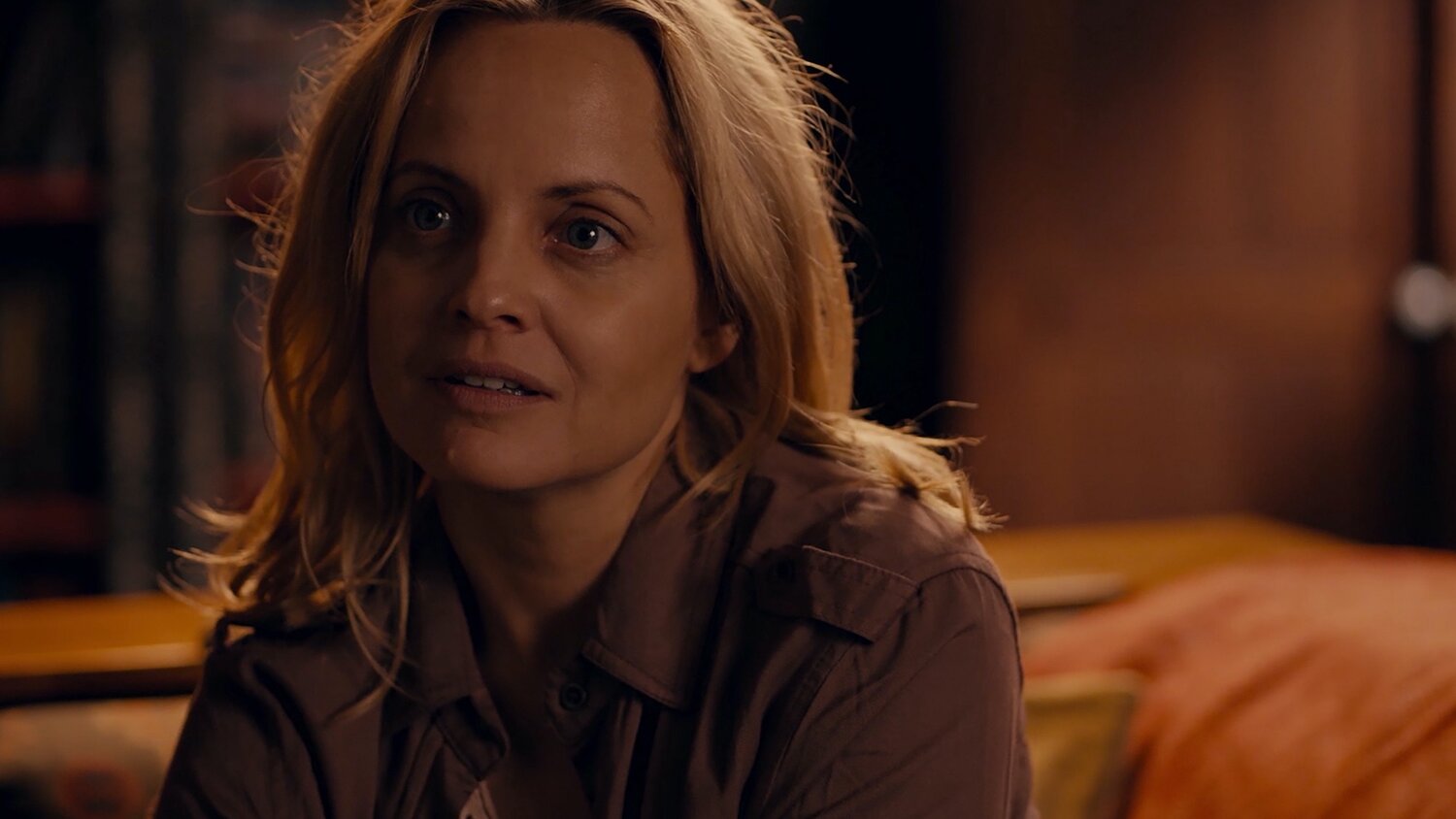 The film will tell the story of a demonic possession and the creative team says that it will be like if “Sam Raimi and Dario Argento had a love child and James Wan was its uncle.” Um, ok. How about we just share the synopsis with you!

The story centers on “a young woman who faces a horrifying past. When her estranged mother dies by suicide, Elly (Grey) is forced to return home from volunteering as a nurse abroad. Determined to sell the family home and get her life back on track, she finds herself haunted by terrifying visions of her mother. Consumed by guilt and eager for a quick escape, Elly accepts the offer from Alma (Suvari) as a temporary caregiver to look after the comatose Ms. Ambrose (Foster) in her isolated cabin. But Alma has nefarious plans for Elly and she soon is confronted with Mary Lynn (Knapp), a witch hunter who is hellbent on lifting the demonic curse that has plagued her family for generations. Elly discovers that Ms. Ambrose has a history in the black arts, as well as a mysterious connection to Elly’s mother. As she tries to unlock the truth with her friend Beth (Dumont), it becomes all too clear that Elly was lured to the cabin under false pretenses.”

The director shared in a statement: “The ability to work closely on a film rooted in demonic possession has been on my bucket list; it is a genre I am passionate about. This opportunity, to blend an incredible story with working with an exceptional female driven cast is a tremendous moment for me as a director and horror lover. I am equally excited to be bringing back so many of the team from ‘Willy’s Wonderland,’ like David Newbert (DP), Ryan Liebert (Editor) and Emoi (Composer).”

Producer Fred Hedman said: “We’re delighted to be working with Kevin and his team on this truly terrifying film. We were immediately convinced by the film’s potential and bringing this unique opportunity to the marketplace, which furthers our ambitions for Evolution Pictures and its growing slate of high concept genre films.”

Producers Marcus Englefield and George Lee added: “We are so excited to work with the Fred and the team at Evolution and our amazingly talented friend Kevin and know that he will create an epic masterpiece to scare the socks off horror fans everywhere!”