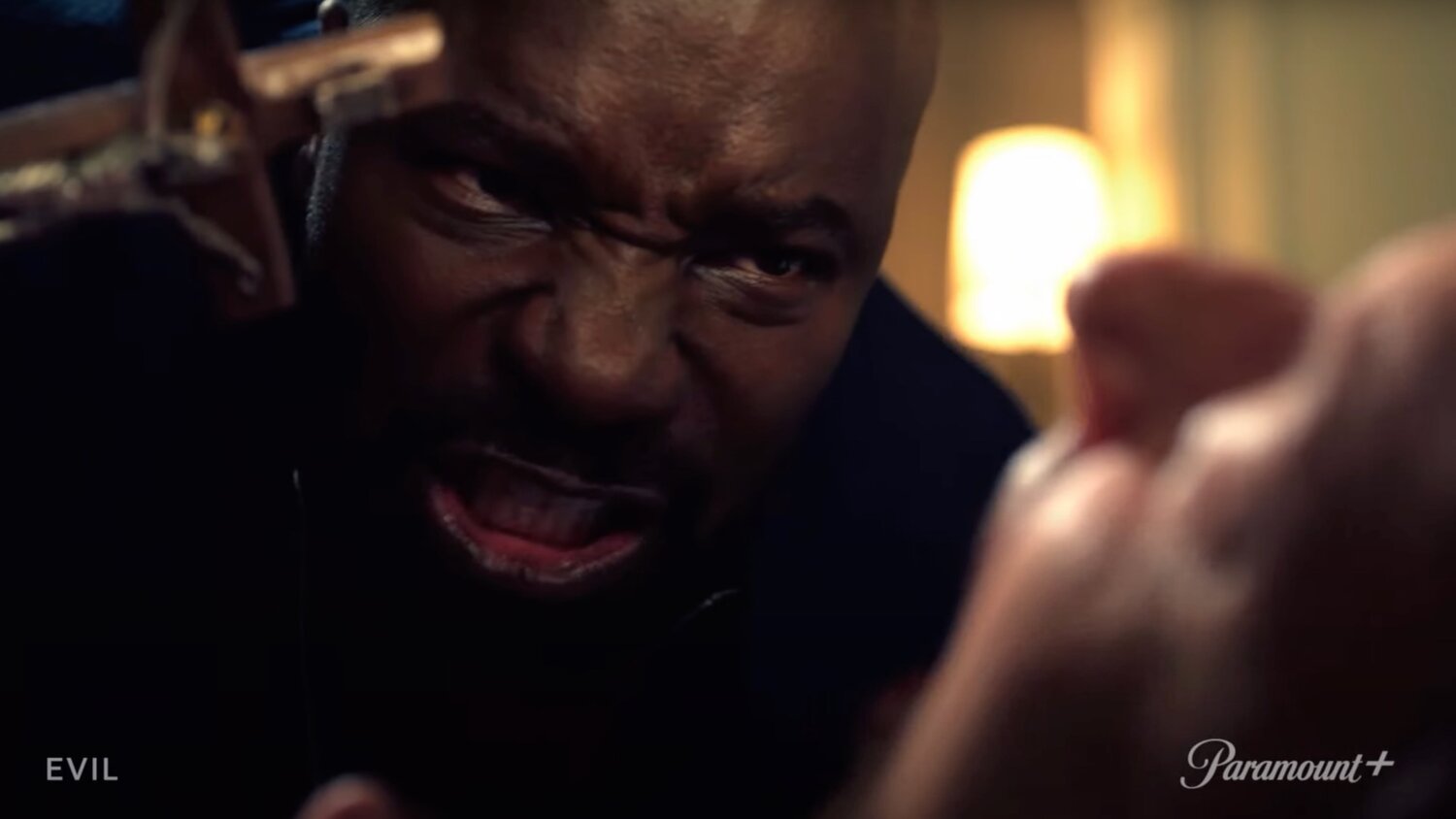 Paramount+ has released a new promo spot for Evil Season 2! It offers us another glimpse at the nightmares that Kristen, David, and Ben will be facing on their continuing journey. On top of that, we learn that something strange and sinister is affecting Kristen’s family. Damn, I love this show! Season 2 looks great!

In the upcoming series, Kristen starts struggling with her darker nature, while David suffers temptation as he gets closer to his ordination. Then there’s Ben, who is visited by night terrors that prey on his greatest fears.

Evil examines the origin of evil, “exploring the phenomenon along the lines of science and religion.” The story centers on forensic psychologist Kristen Bouchard (Katja Herbers), “who joins soon-to-be Catholic priest David (Mike Colter) and contractor Ben (Aasif Mandvi) to investigate the church’s mysterious happenings and determine if there is a logical explanation, or if it traces back to the supernatural.”

Evil Season 2 is set to premiere on Paramount+ on June 20th, and it consists of 13-episodes. The series also stars Michael Emerson, Christine Lahti, Kurt Fuller, Brooklyn Shuck, Skylar Gray, Maddy Crocco and Dalya Knapp. I can’t wait for this show to come back!

Zoe Kravitz Reportedly Getting Her Own Catwoman Movie On HBO Max

Joss Whedon Threatened My Career But I Took Care Of It

THE LAST SPELL Will Make You a Master Mage — GeekTyrant