A QUIET PLACE PART II Is a Great Sequel Filled With Chills and Thrills! — GeekTyrant 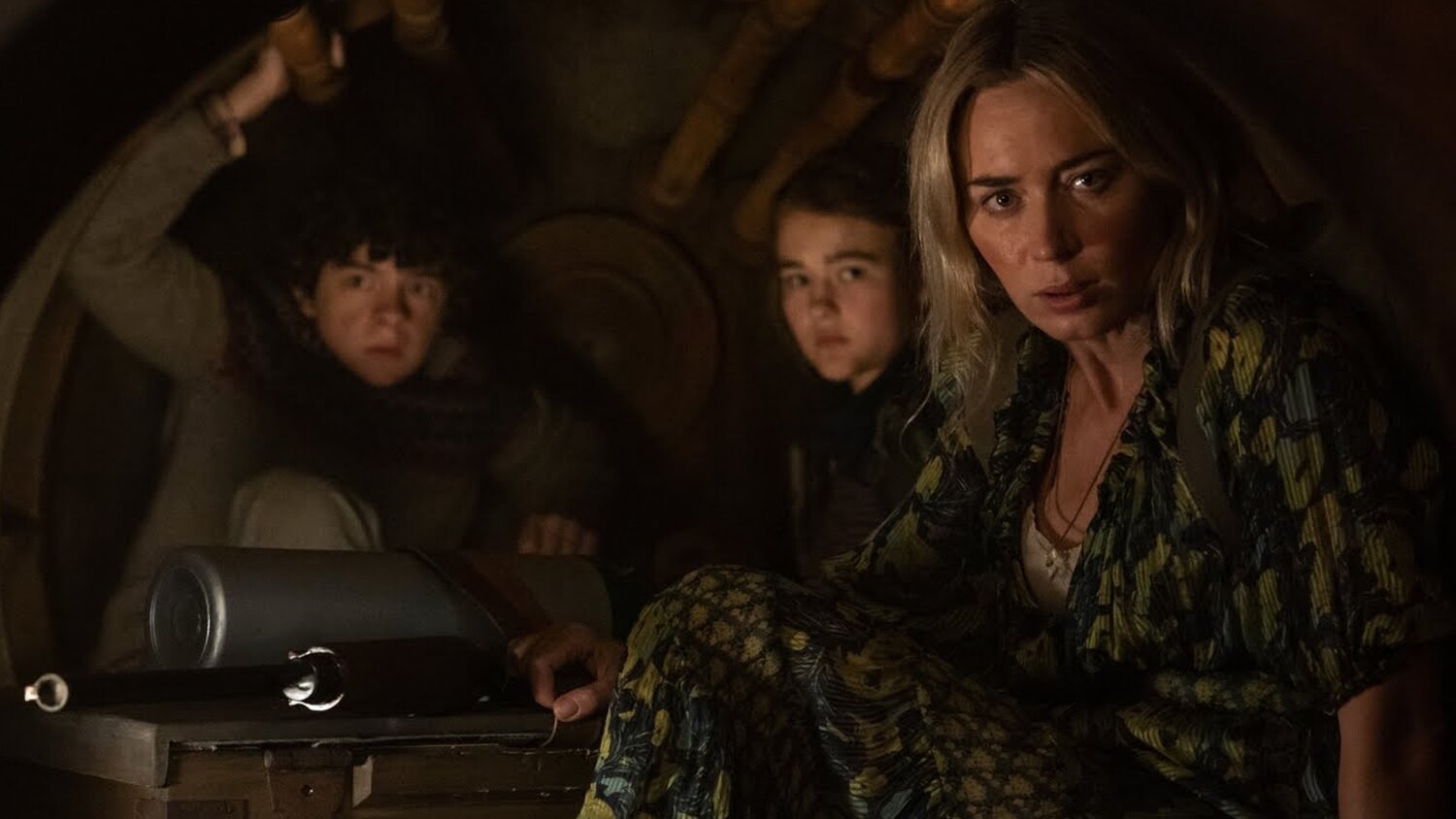 It’s been an incredibly long wait, but director John Krasinski’s A Quiet Place Part II has finally been released in theaters! The movie was originally supposed to be released in March of 2020, but it ended up being pushed back over a year due to the pandemic. This was one of my most highly anticipated films, and it’s really the first big mainstream blockbuster movie that’s been released that I’ve seen since movie theaters opened back up.

One of the weirdest parts for me was that I saw it in IMAX in a theater completely packed full of people. There were no restrictions, no masks, no social distancing… it was like being at the movies the way it used to be and it was a fantastic experience! Damn, it felt good to be at the movies like it was normal again, and it sure made me happy!

So, the question is… is A Quiet Place Part II a good movie that was worth the wait? Well, I give the film two very enthusiastic thumbs up! Yes, this sequel delivers the goods! It told a great and thrilling story that kept me on the edge of my seat from the beginning to the very last shot of the film at the end, and I sure did enjoy that ending. That was one hell of a crazy journey for this family, but of course, they made a few stupid choices along the way that had the audience member yelling “What are you doing!?” I love the experience of watching a horror flick in a movie theater full of people!

The movie starts by showing us how the alien invasion started, kind of a super short origin story. The film then jumps to the point where the horrific and tragic events of the first movie left off. It sees the surviving members of the Abbott family leave everything they know, traveling beyond the bubble that has been keeping them safe to find help. I was not expecting at all, how this story ended up playing out. It completely subverted my expectations and I loved that!

This family ends up facing quite a few nightmarish obstacles on their journey, some of which are unexpected. As soon as they travel beyond their own borders, it seemed like they were constantly facing down death. Just one thing after another challenging them to freakin’ fight for their lives! Along the way they come across one of their old friends, who’s played by Cillian Murphy. Just like the Abbotts, he’s had a rough and tragic past and he’s all but given up on hope. After the Abbotts collide with his story, though, his life… well, it gets even more complicated. But, his whole attitude and beliefs shift in the process.

I really enjoyed the story arcs for the characters in this film. Things get really dark and intense for them. No one here is getting an easy ride in this world that’s overrun by these killer alien creatures. On top of that, all of the actors in the film – Emily Blunt, Millicent Simmonds, Noah Jupe, and Cillian Murphy – were fantastic in the film. They gave stellar performances that made you care about the characters that they played.

If you liked the first Quiet Place movie, chances are you’re going to enjoy this sequel as well. Krasinski crafted a great story that opened up this world a little more through the eyes of the Abbott family as they continue their journey of survival. I’d say the sequel was as equally as good as the first one and it hit the spot and I wouldn’t mind seeing another sequel get made to continue the story. The end of this film definitely leaves the door open for the story to continue.

If you’ve seen A Quiet Place Part II, let us know what you thought about it!

A Disappointing Ryan Reynolds Movie Hits Disney Plus This Week

TUBBZ Appears to Be Getting Ready to Launch Jurassic Quack…