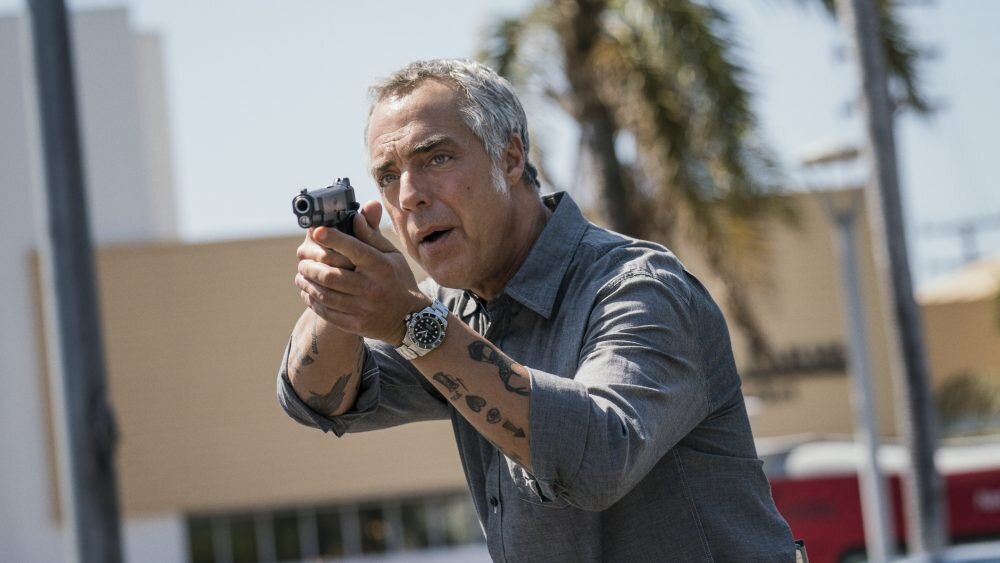 “This season is based on Michael Connelly’s best-selling novel, The Burning Room, (2014) and the real arson case that inspired it. When a ten-year-old girl dies in an arson fire, Bosch risks everything to bring her killer to justice despite opposition from powerful forces. The highly charged, politically sensitive case forces Bosch to face a grueling dilemma of how far he is willing to go to achieve justice.”

This is the final season of the flagship series, but a spinoff has been ordered that will star Titus Welliver, Mimi Rogers, and Madison Lintz. That series will begin production later this year.

I can’t wait to see what happens with Harry Bosch in the upcoming season, and I’m so glad he will be back with another series. If you haven’t watched Bosch, you can catch up now on Amazon. Check out the trailer below, and watch season 7 when it hits Amazon on June 25th.