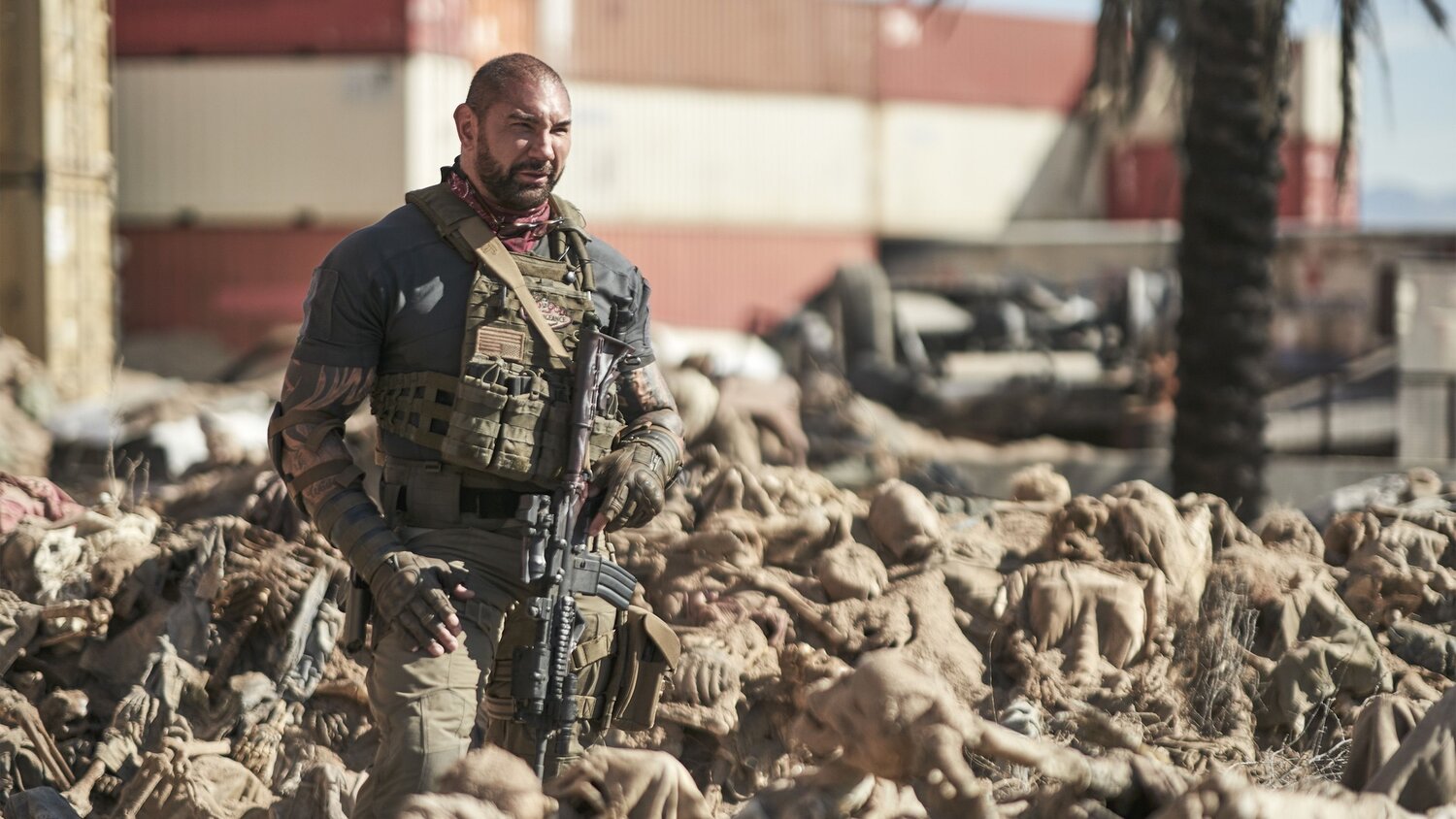 Netflix has revealed a new promo video for Army of the Dead and if features director Zack Snyder offering a breakdown of the trailer. As you’ll see, he offers some commentary and behind-the-scenes details that some of you might find interesting.

The story will focus on one “capable hero who assembles a team of undesirables to infiltrate an impregnable fortress (in this case, a Las Vegas casino) during an undead uprising.” That hero is played by Dave Bautista, and he will be joined by Ella Purnell, Ana De La Reguera, Theo Rossi, Huma Qureshi, Omari Hardwick, Tig Notaro, Hiroyuki Sanada, Garret Dillahunt, Matthias Schweighöfer, Raúl Castillo, Nora Arnezeder, and Samantha Win.

It’s also been explained that “a plague has been released from Nevada’s secretive Area 51 military base. The U.S. government has managed to contain the outbreak by building a wall around an overrun Sin City. But there’s still all that cash in zombie-infested casinos, if only somebody is brave (or dumb) enough to try to go and get it.”

The Meg 2 Director Promises Action On A Very Large Scale

Bring Your DUNGEONS & DRAGONS Party to the Plane of…