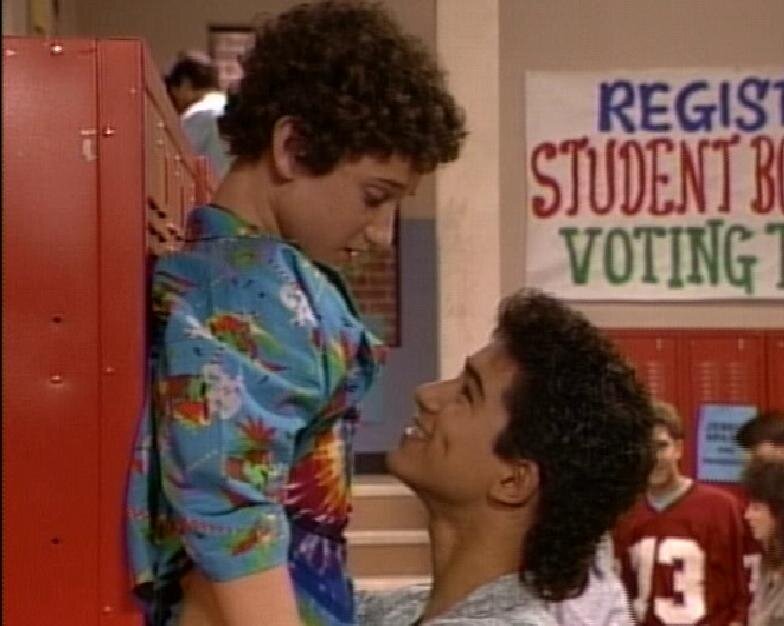 Mario Lopez is among the original series stars of Saved By the Bell who have come back as a series regular. Playing AC Slater, a high school coach at his alma mater, Bayside. Lopez is accompanied by returning castmates Mark-Paul Gosselaar as Zack Morris, Tiffani Thiessen as Kelly Kapowski, and Elizabeth Berkley as Jessie Spano. Original co-star Lark Voorhies even made an appearance as Lisa Turtle.

The one cast member who didn’t return in the first season of the reimagining was Dustin Diamond as Screech Powers. It was previously reported that they were hoping for him to return at some point, and the character was mentioned in this season, with Slater explaining, “Screech is so lucky he and Kevin get to live on the International Space Station so he doesn’t have to deal with all this.” Kevin was Screech’s robot in the original series.

But plans for Screech to return to Bayside were put to an end when Diamond sadly passed away from Stage IV Small Cell Carcinoma earlier this year. In a recent interview with Yahoo Entertainment, Lopez revealed that the series is working on a special tribute for their late co-star and friend.

“We’re planning something special we haven’t gotten into yet. We’re going to have our first table read in about a week or so, but we are planning some special. We’re ready to start up again in June and I will be in all those episodes.”

It makes sense that they would do something to celebrate the actor who was in every installment of Saved By the Bell before this new series started up. In the podcast Zack to the Future, Gosselaar often says what a natural comedic actor Diamond was. He was a fan-favorite character, and I can’t wait to see how they honor his memory.