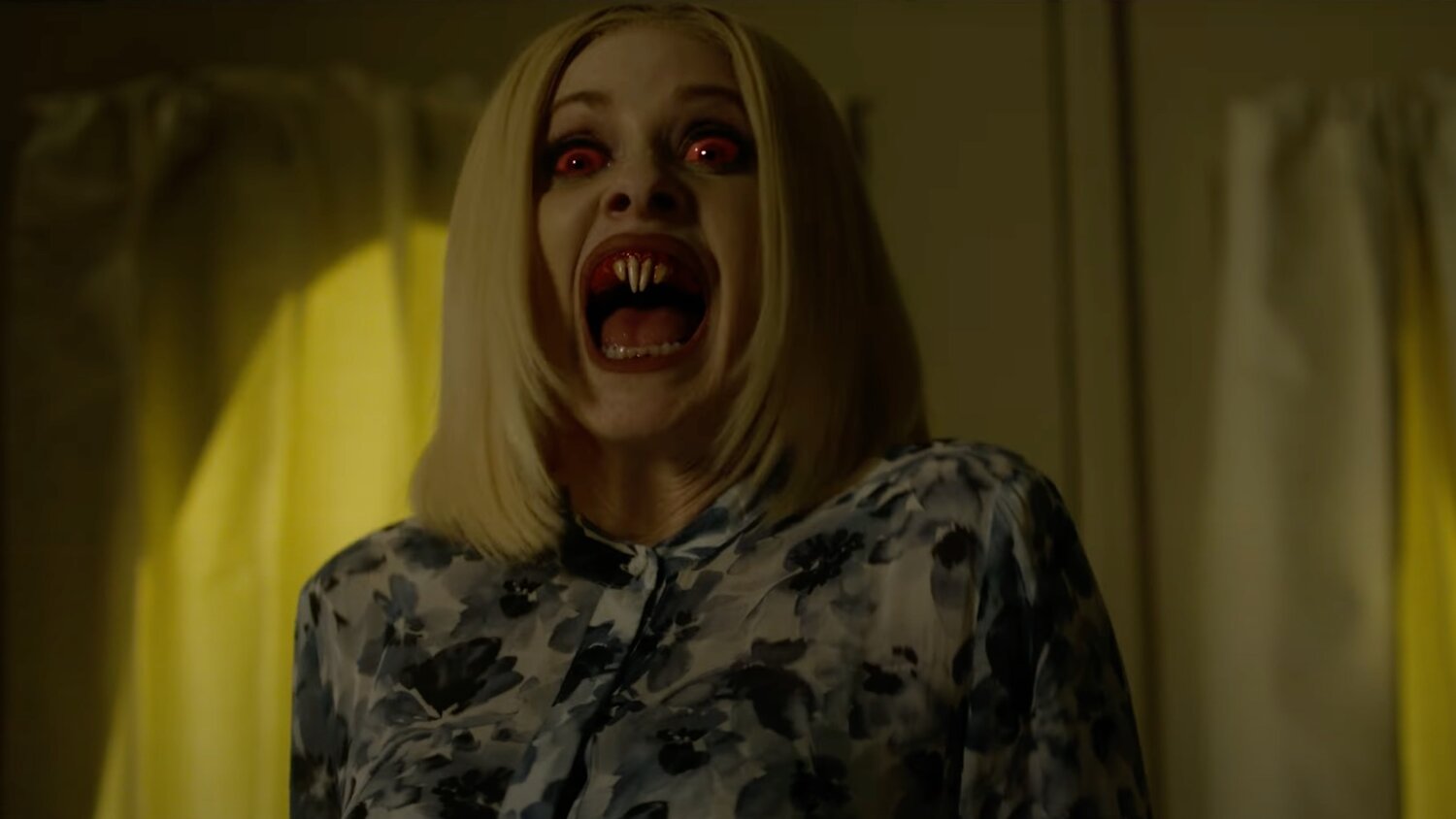 The story centers on Anne, “who is married to a small-town minister and feels like her life and marriage have been shrinking over the past 30 years. After a chance encounter with ‘The Master,’ she discovers a new sense of power and an appetite to live bigger and bolder than before. As Anne is increasingly torn between her enticing new existence and her life before, the body count grows and Jakob realizes he will have to fight for the wife he took for granted.”

This looks like an incredibly fun horror flick that will be filled with lots of blood, gore, and some comedy. I wasn’t sure what to expect from this trailer before I watched it, but I’m totally sold now!

Jakob’s wife was directed by Travis Stevens (Girl on the Third Floor) from a script co-written with Mark Steensland (The Special) and Kathy Charles (Castle Freak). Mark Ward, Chief Acquisitions Officer at RLJE Films, previously said in a statement:

“We’re thrilled to acquire Jakob’s Wife ahead of its world premiere at SXSW. This film has already garnered a tremendous following during production, and we’re confident Jakob’s Wife will be well received at the festival.”

Jakob’s Wife will hit select theaters and on VOD platforms on April 16.