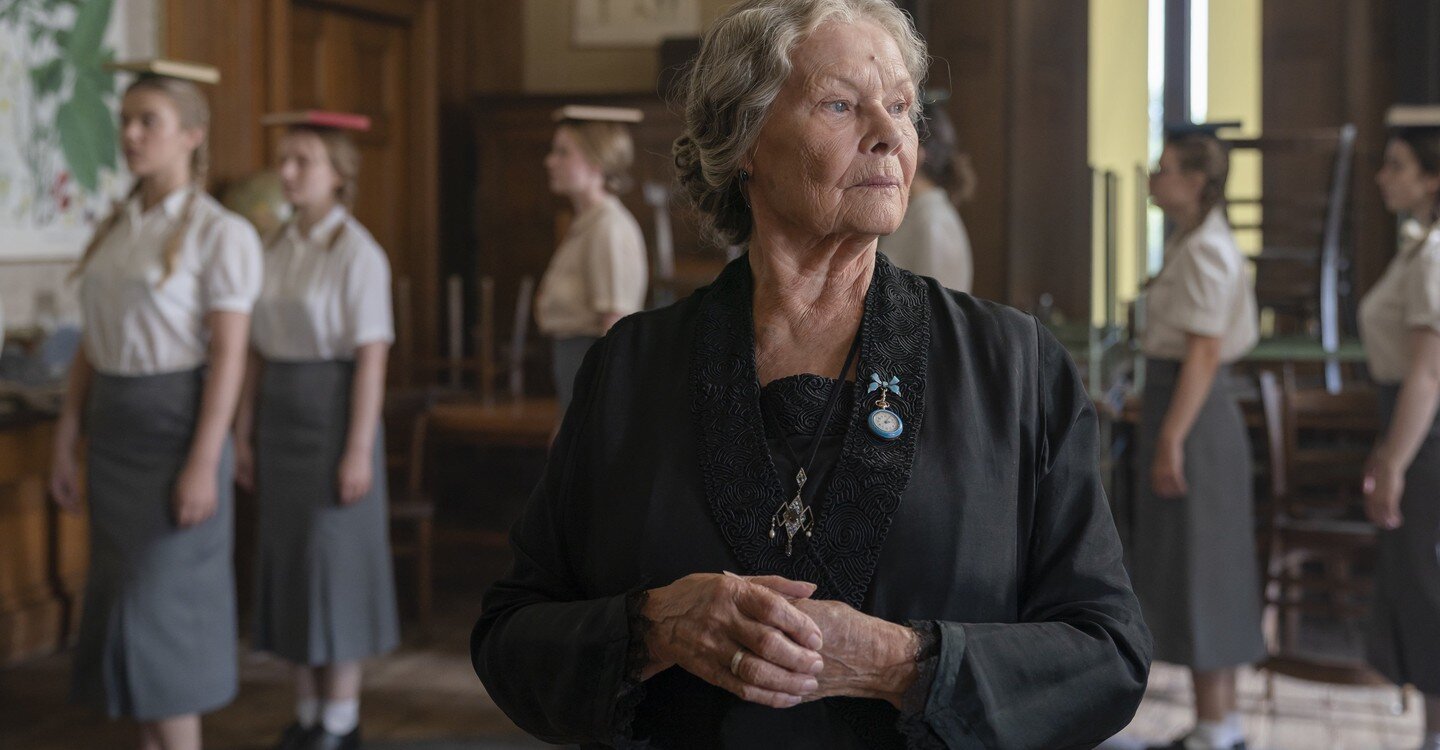 A new trailer and two posters have been released for the British WWII dramatic thriller Six Minutes to Midnight starring Oscar-winner Judi Dench, Emmy-winner Eddie Izzard, and Oscar-winner Jim Broadbent, as well as James D’Arcy, Kevin Eldon, Carla Juri, Nigel Lindsay, David Schofield, and Maria Dragus. The film was directed by Andy Goddard (of Set Fire to the Stars, A Kind of Murder), who co-wrote the script with Izzard and Celyn Jones.

In the summer of 1939, teacher Thomas Miller (Eddie Izzard) takes a last minute role teaching English at the Augusta-Victoria College, Bexhill-on-Sea, a finishing school on the south coast of England. Despite the political storm clouds forming across Europe, daughters of influential families in Nazi Germany learn deportment, Shakespeare and how to be faithful members of Hitler’s League of German Girls. Under the watchful eye of their headmistress Miss Rocholl (Dame Judi Dench), and her devout assistant Ilse Keller (Carla Juri), the girls practice their English and learn how to represent the ideal of German womanhood. With a new world war imminent and a fog of resentment surrounding their presence, youth’s summer is running out for the girls…and for everyone. When the body of a former teacher is discovered, it triggers a sequence of deadly events where the girls and Miss Rocholl soon discover a world where loyalty is more important than truth.

This looks like an interesting story from a different perspective than we have seen told in films about WWII, and the cast is really solid. Check out the trailer and posters below, and watch Six Minutes to Midnight when it opens later this Spring.

How Wolverine Could Appear In Falcon and The Winter Soldier