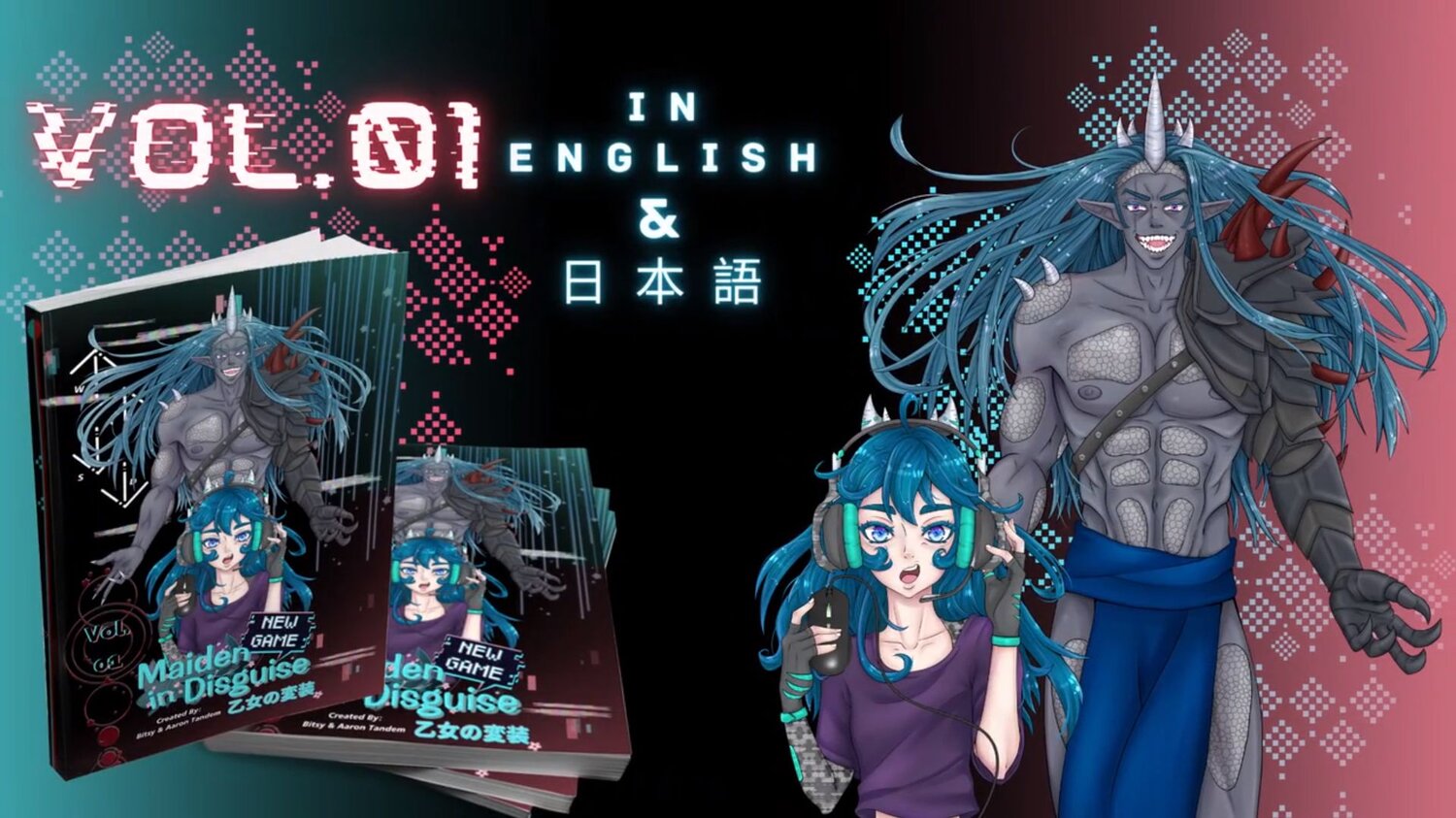 If you’re into indie comics and enjoy manga and video games, you may want to check out the Kickstarter for Maiden in Disguise. This is a manga-inspired comic written and illustrated by Bitsy Tandem. Set in the world of Eotera, a girl named Elianna loves to play a popular MMORPG as a hyper-masculine character. The story follows Elianna as she and her character grow.

On the planet Eotera, an MMORPG has gained massive popularity, propelling some of its key players to stardom. World-famous gaming sensation Elianna Adelaide, no longer satisfied simply living in the shadow of her own digital alter ego, attempts to come out of her shell as she starts high school. But, with everyone confusing her for the hyper-masculine in-game character she plays, how will they react when they learn who she truly is? And, what is at the heart of this game she plays?

The goal of the Kickstarter is to not only help cover publishing costs, but to also hire good quality translators as Tandem and her husband and co-creator Aaron Tandem plan to have Maiden in Disguise translated into Japanese. This is because they currently reside in Japan and want to share it with their friends and communities. If the campaign gets far enough in its stretch goals, they’ll even add another language. The campaign funds will also be used to bring on additional artists to help create the comic faster. You can secure yourself a digital copy of Maiden in Disguise for only $5 as long as the $3,500 goal is met by March 12.